Will you lose your savegames when uninstalling a game on Steam? Is there a reason the answer might change depending on the game you’re playing? This is a good opportunity to talk about how Steam manages game saves, and what you can do when you need to pick up its slack. Let’s get into it!

So, the exact way save games are managed by Steam will still depend on the game itself. Some games are fully integrated with Steam, including Steam Cloud support. Others don’t support Steam Cloud at all, and even among Steam Cloud games, what is and isn’t synced can vary from game to game.

Let’s talk a little more about Steam Cloud, though, since Steam Cloud is basically the crux of this entire article.

What Is and Isn’t Synced by Steam Cloud

The main purpose of Steam Cloud is to sync local save file progress across multiple PCs. Even if you aren’t using multiple PCs on a regular basis, Steam Cloud makes it pretty straightforward to jump back into your games once you’ve, say, re-downloaded them on a new PC.

So, generally speaking, Steam Cloud will AT LEAST mean you have cloud save support. However, saves aren’t the only thing that Steam Cloud might synchronize. Depending on how your game of choice handles it, Steam Cloud may also synchronize things like game and graphics settings, not just save file progress. It can even store configuration files!

The main thing that Steam Cloud doesn’t synchronize in any scenario I’ve noticed is actual game file mods and additions, which makes sense.

Additionally, Steam Cloud synchronizing things like graphics settings can become a bit of a problem when you play games on more than one machine.

For example, playing Devil May Cry 5 on both my Steam Deck and my PC, graphics settings aside from resolution are synchronized across both devices. This can be a little bit of a headache.

On PC, I prefer playing DMC5 at my native 1440p with uncapped FPS up to 144 Hz. But if I boot up the game on PC after playing on Steam Deck, it launches with the lowest default resolution of 640×480 (since resolution isn’t properly synced, for some reason), and I have to manually change my FPS setting back to Variable from the capped 60 I use on Deck.

Fortunately, DMC5 isn’t too demanding on either of these systems, so I don’t mind having to change 1 or 2 graphics settings after switching platforms. The sheer utility of having my Steam Library on the go is pretty hard to beat, and I’m willing to accept some inconveniences with that.

But then I look at a game like Elden Ring, and I shudder to imagine the world where that game synchronizes anything besides your progress.

I can afford to run the game with decently high settings and still reach 60 FPS on my desktop PC, but on Steam Deck, it takes a lot of settings reductions and optimizations to even push that game to a stable 40 FPS.

Fortunately, Steam Cloud only synchronizes save data in Elden Ring, not graphics settings- so I’m still able to have different settings per-platform and have a seamless experience going between the two of them.

Will You Lose Your Savegames When Uninstalling a Game on Steam?

If your game supports Steam Cloud, not at all! You pretty much don’t have to worry about losing your save games at all. The worst case scenario will be a save file conflict if you’re playing the same game on different PCs, but you can always choose whether to use the local save file or the cloud save file– whichever one you know to be more recent.

If your game doesn’t support Steam Cloud saves, the answer will depend on your game.

Some games will store saves in separate folders (like My Documents), which will preserve those saves in case of un- and re-installation. Games that don’t do this and don’t support cloud saves will have their saves lost when uninstalled, though.

If you want to manually back up your save files, use PCGamingWiki to determine where the save data for your game of choice is stored on your system. Proper backups ensure that even without Steam Cloud support, you can protect and transfer your game progress.

Below, I’ve embedded a screenshot example from PCGamingWiki’s Metal Gear Rising: Revengeance page. PCGW will consistently show you where to find your game’s saves, and any compatibility notes you should be aware of. It’s a great resource!

Using this information, manually backing up and transferring your save data shouldn’t be a problem, even if your game doesn’t support Steam Cloud.

How Does Steam Deck Work With Steam Cloud? 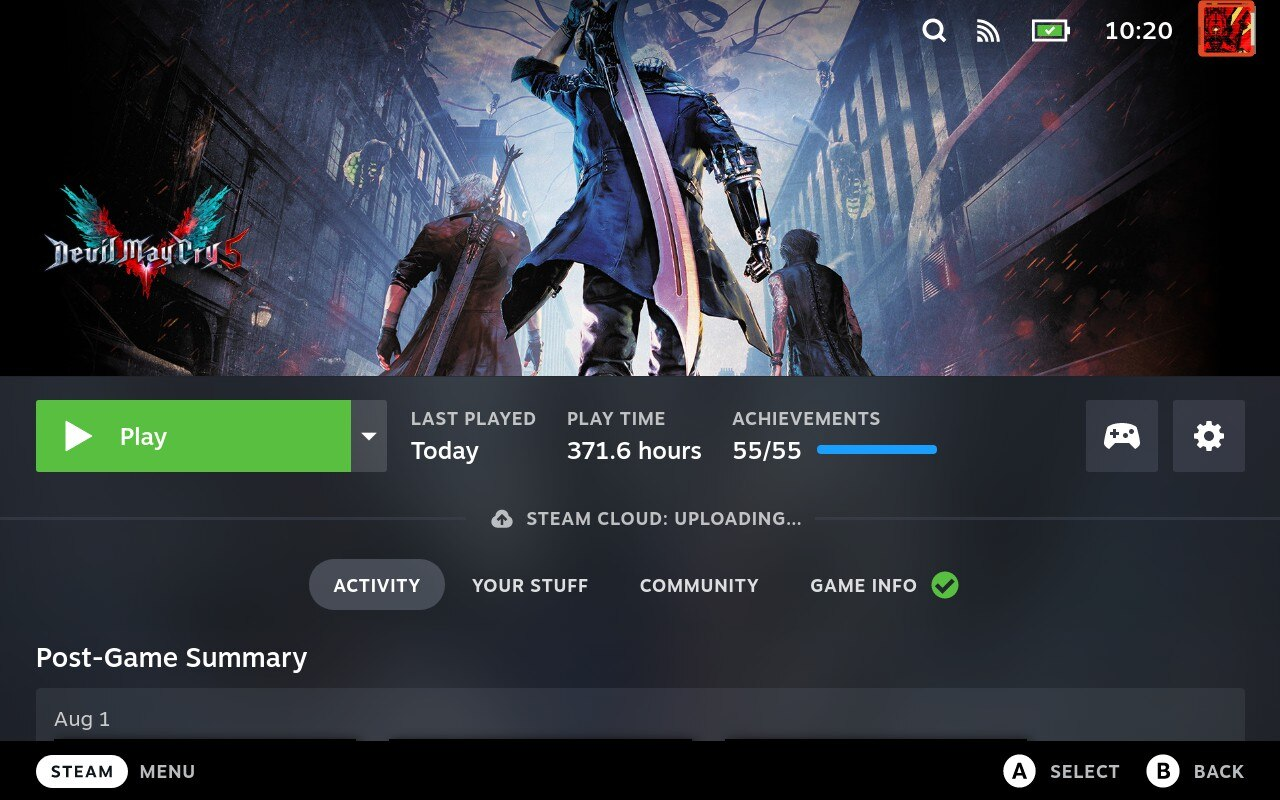 The short answer is pretty well! Steam Deck is very focused on proper Steam Cloud support, since it’s supposed to offer a seamless portable experience alongside a desktop PC gaming experience, not just independently of one. 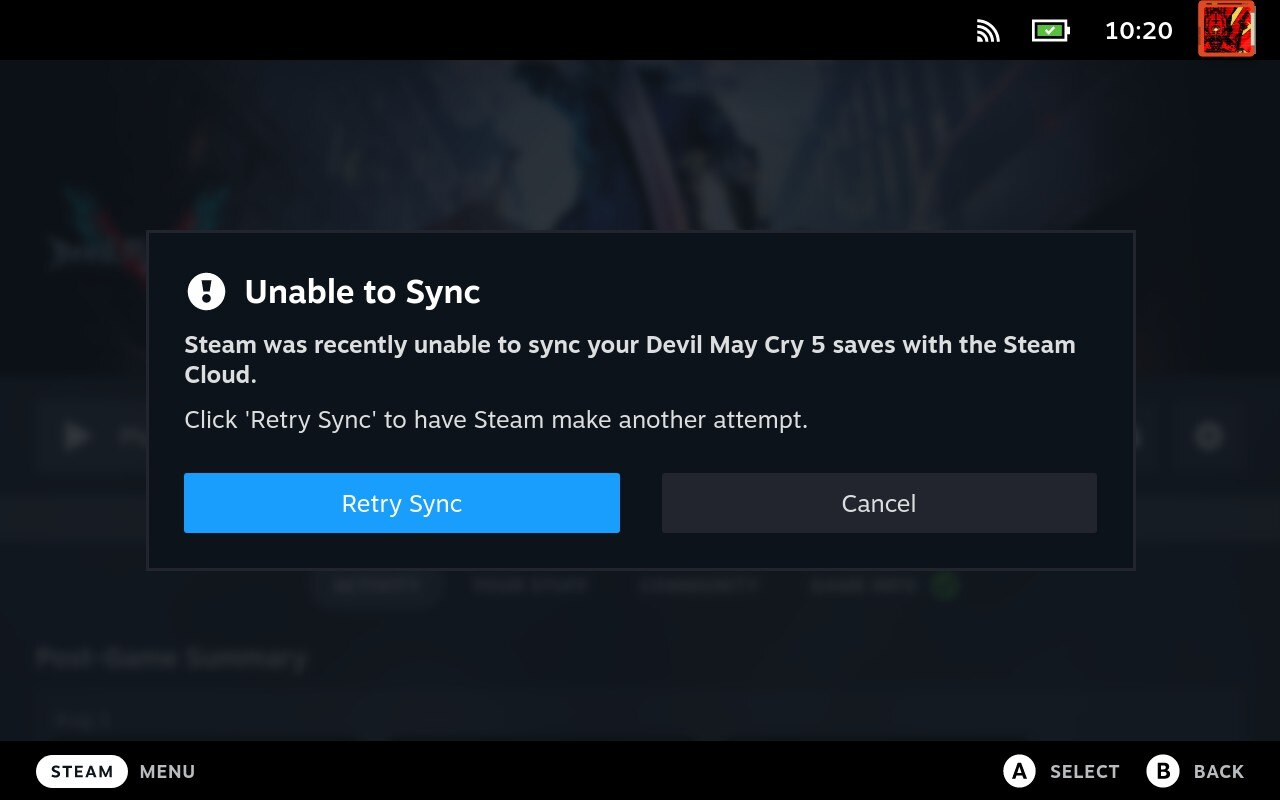 However, the Steam Deck is still a handheld Linux PC with an actively in-development OS at the time of writing, so it isn’t always perfectly seamless. Fortunately, most of the time the worst you’ll have to worry about is pressing the “Retry Sync” button a few times. This happens most commonly when you’ve recently woken up the system from sleep, as it takes some time to re-acquire a Wi-Fi connection.

As long as you have consistent Internet access, the Steam Deck’s management of Steam Cloud saves is pretty much the same as is laid out in the rest of this article. This does mean that you may need to make manual settings changes with demanding games that synchronize settings changes from your home PC, though.

Can You Use an Xbox Controller on a PlayStation Console and Vice Versa?

Gaming Over Wireless HDMI: How It Works & Should You Do It?